Brittney Griner could face up to 10 years in a Russian jail, simply because she was caught with some hash vape cartridges in her carry-on bag.

Griner’s case has sparked outrage across the nation, trending across all sorts of groups, from celebrities, to cannabis activists, to civilians. It has made many wonder if it’ll spark a federal change in terms of US cannabis laws.

The statement from Russia’s custom services explains why Griner was apprehended and how. “As a US citizen was passing through the green channel at Sheremetyevo Airport upon arriving from New York, a working dog from the Sheremetyevo customs canine department detected the possible presence of narcotic substances in the accompanying luggage,” it reads.“The customs inspection of the hand luggage being carried by the US citizen confirmed the presence of vapes with specifically smelling liquid, and an expert determined that the liquid was cannabis oil (hash oil), which is a narcotic substance.”

Despite the public’s outrage regarding Russia’s severe cannabis rulings, the US isn’t some weed safe haven. Cannabis has been slowly embraced across states, to a degree where it’s a common smell and sight within big cities. Still, it remains a Schedule I drug on a federal level. This means that any person, U.S. citizens and non-U.S. citizens, could face a jail sentence if they’re caught crossing state lines with it.

Even though Griner is an athlete and a celebrity, the response from the US government has been muted and slow. Griner was apprehended on February 17th and pleaded guilty this past Thursday, claiming she hadn’t intended to violate Russia’s laws. People who are aware of cannabis laws and of Biden’s administration’s track record with cannabis have small hope for change.

Throughout the course of the Biden administration, there’s been very little progress made in regards to cannabis. The administration hasn’t moved forward with any form of cannabis policy despite the fact that Biden promised to release people who were jailed for non-violent cannabis offenses and expunge their records.

This past Wednesday, Biden spoke to Griner’s wife and claimed that he was working on releasing her as fast as possible. Still, there’s very little evidence to support these statements. Making matters worse is the fact that diplomatic relationships between Russia and the U.S. are currently nonexistent. 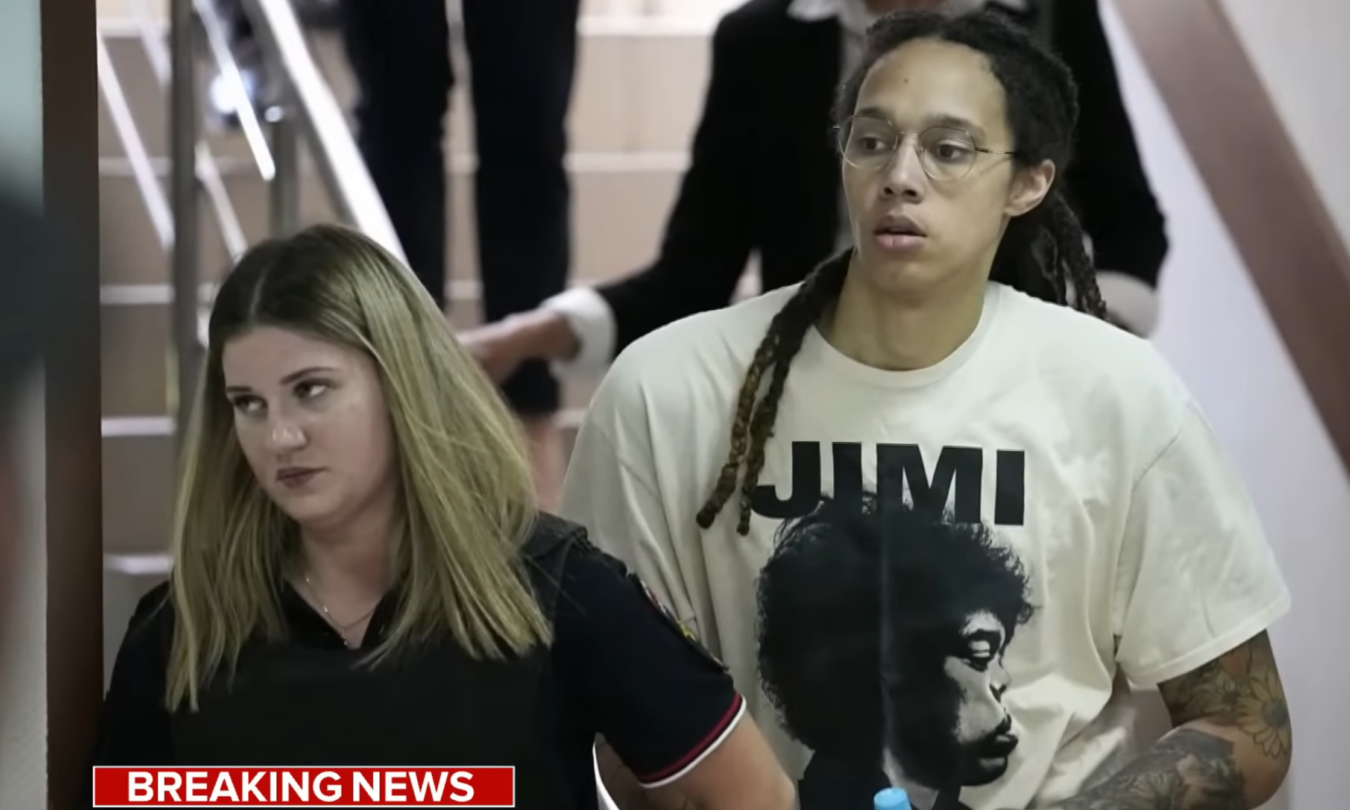 This past week, a variety of prominent senators asked Biden to use his presidential authority to decriminalize cannabis. “We ask that the Biden Administration act quickly to rectify this decade long injustice harming individuals, especially Black and Brown communities,” reads the letter.

Griner currently plays for the WNBA team Phoenix Mercury and has played in the Russian team UMMC over the past couple of offseasons.